We are excited to be back to our traditional, full theater experience of the Nutcracker!

Dates for this performance are:

Due to the support of the United Arts Council of Catawba County through the North Carolina Arts Council, a division of the Department of Natural and Cultural Resources, with funding from the State of North Carolina from the National Endowment of the Arts, we are also excited to be welcoming Uma Deming and LaJeromeny Brown as our Sugar Plum and Cavalier.  Read below to learn more about them!

We are so excited to be hosting Uma Deming and LaJeromeny Brown to play the roles of Sugar Plum Fairy and Her Cavalier in our production of the Nutcracker this year! Learn more about them below. 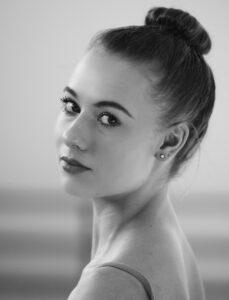 Uma Deming was born in Rochester, New York.  She began her ballet training at the Timothy M. Draper Center for Dance Education at the age of three, where she studied with Jamey Leverett, Beth Bartholomew, Fidel Ernesto Orrillo Puga, and her mother, Julianne Deming.

She attended summer courses at the School of American Ballet (SAB), the official school of NYCB, in 2013 and
2014, before entering SAB full-time for the 2014 winter term. She received additional summer training at Miami City
Ballet School, Boston Ballet School, the School of Carolina Ballet, and Pacific Northwest Ballet School.

While at SAB, she trained with the Royal Danish Ballet company and school as a recipient of the Danish American National Cultural Exchange scholarship program. Additionally, as a student, Ms. Deming performed with the Draper
Center-affiliated Rochester City Ballet in The Nutcracker and Cinderella.
Ms. Deming was named an apprentice with NYCB in November 2018, and a Corp De Ballet member in November 2019.  Uma is currently in the Corp De Ballet at Carolina Ballet, as of this year.

LaJeromeny Brown is a member of New York City Ballet’s corps de ballet. Mr. Brown was born in Chattanooga, Tennessee and began his dance training at the age of 11
at the Center for Creative Arts in Chattanooga under Karen Wilson and Jessica Bowman. In 2012, he began training at Ballet Tennessee under Anna and Barry
VanCura.

In November 2018, Mr. Brown was named an apprentice with NYCB and in May
2019 he joined the Company as a member of the corps de ballet. Mr.Brown is also
an entrepreneur and fashion designer. 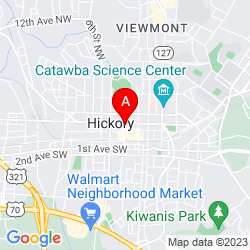